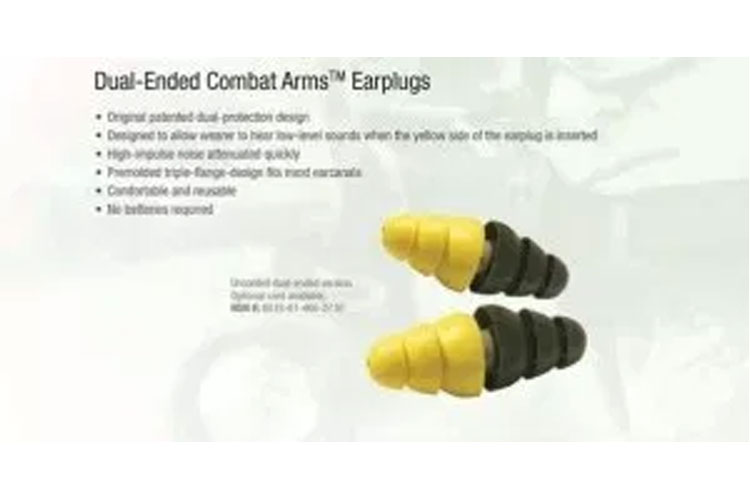 (MASS TORT NEXUS MEDIA) 3M Combat Arms earplugs were issued by the U.S. military between 2003 and 2015 and now litigation has begun asserting that 3M designed and distributed defective earplugs designed for use in combat and elevated noise situations, were defective and left hundreds of thousands of soldiers and veterans injured and suffering from hearing loss.

The March 28, 2019 JPML Initial Hearing on 3M Company Combat Arms Earplug MDL 2885 took place in Washington D.C. this morning. One of the lead counsel for plaintiffs, Mark Lanier, of The Lanier Law Firm, PC offered the following statement on MDL 2885, “This is one of the most important litigations in our generation.  It concerns real damage done to our soldiers by American industry, not enemy combatants.  We trust the MDL will go to a court that will prioritize the swift delivery of justice in a complicated and important litigation.”

Primary claims of the military personnel assert that the company defectively designed its earplugs such that they did not provide sufficient levels of hearing protection. The lawsuits also claim 3M misrepresented the effectiveness of the hearing protection devices to the military during the proposal process when as well as after they obtained the government contract as the exclusive earplug provider to the military and thereafter. As a result, service members who used the earplugs allege incurring noise-induced tinnitus and hearing loss.

Shelly Sanford of Watts Guerra LLP, in Austin, Texas, who spoke at today’s hearing offered this statement “We are keenly focused on the veterans who were sent into combat with these earplugs and came home with hearing loss. The vast majority of these Veterans reside in Texas, and that is just one of the reasons I am requesting that the MDL be assigned there.”

Ms. Sanford also added  “As Judge Charles Breyer, an esteemed former member of the JPML, pointed out in the opioid litigation MDL 2804 hearing, the only issue is ‘what did they know and when did they know it?” With 3M, that question is central to both the claims and potential defenses. I think the core issue is where will the JPML send the MDL.”

Combat Arms Earplugs, Version 2 (CAEv2) have been issued by the U.S. Military for each deployed soldier between 2003 and late 2015.

The dual-end or reversible earplugs were used during training and on the battlefield to provide ear protection during service. However, design defects may cause the earplug to imperceptibly loosen in the ear canal, rendering the earplugs useless or less effective.

Aearo Technologies first developed and tested the Combat Arms Earplugs in 2000, and began selling them to the U.S. Defense Logistics Agency in late 2003, at which time they became standard issue.

3M Company acquired Aearo in 2008, and continued to sell the earplugs to the military until at least 2015.

In July 2018, the U.S. Department of Justice reached a $9.1 million settlement with 3M Company over the Combat Arms earplugs, resolving claims that the manufacturer committed fraud by knowingly selling defective earplugs to the government.

According to allegations raised in a 3M earplug lawsuit that led to the settlement:

The Justice Department found that the earplugs were too short to fit in many ears and imperceptibly would move out of place, making them ineffective. In addition, critics say neither 3M nor Aearo provided proper use instructions to soldiers, which should have told the wearers to fold back the flanges on the open end of the plug before inserting the closed end into their ears so that they properly fit.

Following the announcement of the Qui Tam settlement, veterans started looking at the conduct of 3M and as the bad faith of 3M came to light, lawyers across the country became involved. Litigation against 3M was started by various law firms in late 2018 representing veterans who used the Combat Arms™ earplugs, as instructed and suffered noise-induced hearing loss. As of March 2019, there were over 200 lawsuits in various state and federal courts, which resulted in the JPML Motion for Consolidation. Resulting in the hearing earlier today in the 3M Company Combat Earplug Litigation MDL 2885 in Washington D.C., in front of the JPML Panel, who usually take between 7 and 14 days to issue a ruling.

Where MDL 2885 is finally assigned remains to be seen, as there were several venues presented by the parties and each has viable claims and reasoning. Locations include Texas for the military presence and judicial interest, Minnesota for 3M convenience and home court advantage, Washington D.C. where the military operations are at home or Indianapolis where there’s MDL judicial experience. Perhaps the 3M litigation will open the door for holding those responsible for Department of Defense contracting abuses and similar bad conduct being held accountable for their actions on a regular basis.