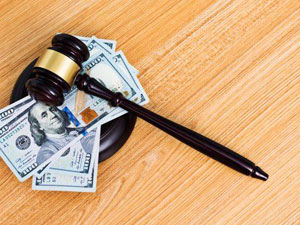 The Missouri House gave final approval to a bill that will limit how and where plaintiffs can join together in certain civil cases. This bill, which is the first tort reform measure of the 2019 session to get both chambers’ approval, could have a far-reaching impact on mass tort filings. Governor Parsons was quick to issue a statement expressing support for the bill, but it still remains to be seen if the bill will be sent to him to sign before the current legislative session adjourns on May 17. Although the bill was truly agreed on May 1, there is no record of the bill being signed by leadership and being sent to Gov. Mike Parson for his signature as of the time of this report. An update will follow when that occurs.

Senate Bill 7 eliminates the unique and permissive joinder rules that have allowed a myriad of non-resident plaintiffs to bring claims in plaintiff-friendly venues like St. Louis City by joining a single resident in the lawsuit.

The summary further states “that in tort actions two or more plaintiffs may be joined in a single action only if each plaintiff can independently establish proper venue, except that if two or more plaintiffs in such a civil action could establish venue in an adjoining county that has less than 150,000 inhabitants, then the plaintiffs may be joined in such adjoining county. Also, a plaintiff having proper venue in a county with 75,000 or less inhabitants may join in another currently pending action in a proper venue of another county with 75,000 or less inhabitants.”

During the hearing on the bill, Sen. Emery cited court numbers that revealed out of the 13,252 mass tort plaintiffs involved in cases being heard in St. Louis City, only 1,035 are Missouri residents.

“We’re clearly out of balance. Our courts are being used as the nation’s courtroom…Senate Bill 7 will put an end to this abuse,” Sen. Emery said.

Due to concerns that SB 7 went further than the Missouri Supreme Court’s opinion in State ex rel. Johnson & Johnson and Imerys Talc America, Inc., 2019 WL 581175 (Mo. 2019) holding that joinder cannot be used to establish venue, the following savings clause was added that allows cases with scheduled trials to be grandfathered in under the old rules:

“The provisions of this act shall apply to any action filed after February 13, 2019. A Missouri resident plaintiff may continue to trial in the venue as filed if the plaintiff has a case pending in a Missouri court as of February 13, 2019, has proper jurisdiction in Missouri, and such case has or had been set at any time prior to February 13, 2019 for a trial date beginning on or before August 28, 2019.

“For actions pending as of February 13, 2019, a plaintiff whose claim has been found to have no Missouri county in which venue exists may proceed in a Missouri venue where such claim was dismissed without prejudice if the court finds that the claim was filed in the Missouri court within the statute of limitations applicable to the claim, has no proper venue in Missouri, and cannot be maintained, as of August 28, 2019, in any state where the claim may be brought because of applicable statutes of limitations and lack of a savings statute or similar law.”

The new venue statute will require individuals to bring a claim where they live, where they were injured, or the principal place of business of the defendant. It would require those looking to join cases to have been injured in the same instance or under the same circumstances. The legislation would also carve out specific venue regulations for insurance companies — agents, those who sell policies, will not be classified as a business location.