Monsanto lost again on Roundup. What’s next for glyphosate? 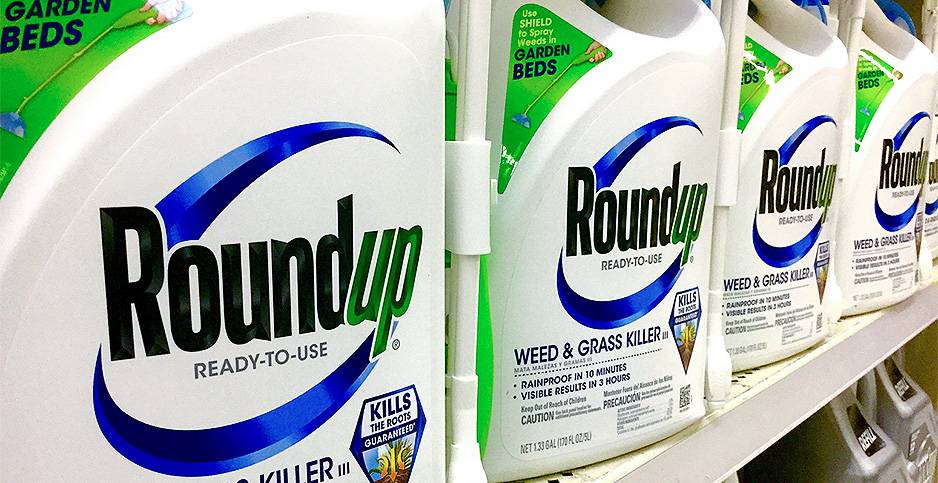 A California jury awarded more than $2 billion yesterday to a couple who blamed their cancer diagnoses on a chemical found in Monsanto’s popular herbicide Roundup — the latest in a string of legal defeats for the Bayer AG subsidiary.

The verdict from the Alameda County Superior Court comes just months after two other juries awarded millions of dollars to plaintiffs in similar lawsuits that claimed Monsanto knew Roundup’s active chemical glyphosate was dangerous but failed to warn customers.

Bayer denies glyphosate causes non-Hodgkin lymphoma or any other cancer and is appealing all three verdicts. But legal experts note that pressure is increasing for the company to settle the more than 13,000 additional cases awaiting trial.

“The significance here is that it’s three for three,” said Micah Dortch, a Dallas-based attorney for the Potts Law Firm, which represents plaintiffs in hundreds of those lawsuits. “Their stock has already taken a tumbling as a result of this, and the lawsuits are mounting.”

Bayer’s stock price hit $15.52 this morning, cut nearly in half from $29.85 when it acquired Monsanto last June.

Glyphosate is used by businesses, land managers and everyday consumers to combat weeds. The pesticide is also used on food crops, including genetically modified corn, soybeans, cotton and canola.

National and international agencies have disagreed about its health impacts. EPA for years has maintained the chemical does not pose a risk to human health, though it has proposed some restrictions on how it is sprayed in order to protect non-targeted wildlife (E&E News PM, April 30).

In 2015, the World Health Organization’s International Agency for Research on Cancer published a bombshell report linking glyphosate to cancer. EPA responded by reviewing hundreds of studies and concluding again that it is “not likely to be carcinogenic to humans.”

In a statement yesterday, Bayer blamed the latest verdict on “cherry-picked findings” from the plaintiffs’ lawyers.

“Frankly, I’m a little surprised that [Bayer’s] had such trouble getting a jury to believe all the work that’s been done,” said James Aidala, a chemical industry consultant at Bergeson & Campbell PC.

The million- or billion-dollar question is when or whether Bayer will settle the thousands of pending cases.

Paul Rheingold, an expert on mass torts, has studied the number of unfavorable verdicts required to push big companies toward settlements.

“When I analyzed all the outcomes, it’s as diverse as it can be,” said Rheingold, a plaintiff’s attorney at the New York firm Rheingold Giuffra Ruffo & Plotkin LLP. “Sometimes the defendants think very early that they should pay up, that it’ll be cheaper and less litigation. They set up a settlement program.”

But a company still selling a product alleged to be dangerous could be less inclined to settle, he said: “Sometimes it’s years and years of litigation.”

So far, Bayer is sticking with the fight. The company noted yesterday that key legal rulings in all three cases that have gone to trial have not yet worked their way through appellate review.

“The company will continue to evaluate and refine its legal strategies as it moves through the next phase of this litigation, which will be marked by a greater focus on post-trial motions and appellate review and trials scheduled in different venues,” Bayer said.

In an initial challenge to the first verdict, Bayer’s lawyers successfully persuaded a judge to slash the $289 million award to $78.5 million.

“But if juries keep thinking that causation is there and that liability is pretty clear … they’ve somehow got to start setting up a settlement program,” said Rheingold, whose firm also has Roundup cases pending.

Environmental groups and public health advocates say yesterday’s verdict underscores the need for state and federal agencies to crack down on the chemical.

Alexis Temkin, a toxicologist with the Environmental Working Group, pointed to studies that have linked cancer in agriculture workers to glyphosate exposure. Despite those studies and the recent verdicts, however, Temkin said she’s not optimistic EPA will intervene.

“Unfortunately, EPA is probably going to stand by its analysis that glyphosate does not cause cancer,” she said.

Claudia Polsky, who leads the Environmental Law Clinic at the University of California, Berkeley, said the increasing number of verdicts against Monsanto could put added pressure on EPA to restrict the chemical or require disclosure of other pesticide ingredients that mix with glyphosate.

The agency’s latest review of the chemical is open for public comment now, “and one would expect advocates of restricting the herbicide to be filling the administrative record with evidence from discovery and testimony in recent tort litigation demonstrating that the chemical is far more harmful than EPA and Bayer/Monsanto have to date maintained,” Polsky said in an email.

Aidala, the consultant, said the legal action will, at the very least, push regulators to review their own work.