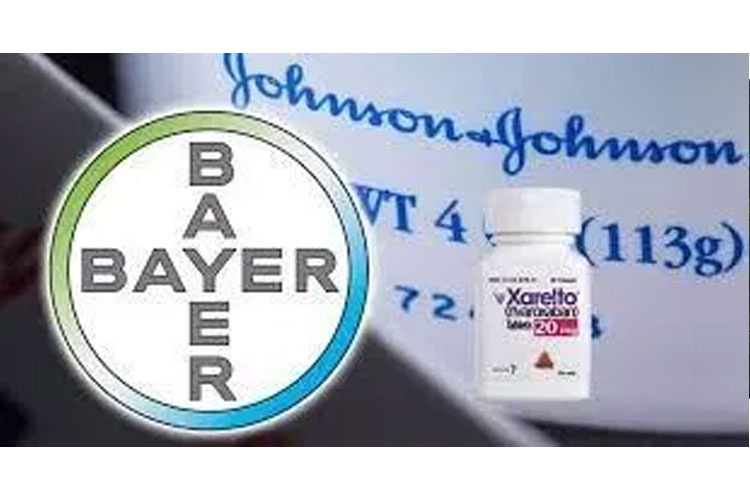 (MASS TORT NEXUS MEDIA) Bayer AG and J&J’s subsidiary Janssen Pharmaceuticals Inc. have now formalized a $775 million settlement of more than 25,000 lawsuits over their blood-thinning drug Xarelto. The cases are pending in both federal and state courts and this may be seen as a run up to Bayer’s next settlement, in their now seen as a bad-for-earnings purchase of Monsanto and its Federal Roundup MDL 2471 docket, as well as cases filed in state courts.

Plaintiffs alleged the drug caused uncontrollable bleeding, and said that Bayer and Janssen failed to adequately warn of that risk as well as manipulated data related to clinical trial and published studies. To date, plaintiffs have not done well in bellwether trials, having lost three in a row in the Xarelto MDL 2592 litigation in from of Judge Eldon Fallon in the US District Court of Louisiana. In those cases the defense asserted an “learned intermediary” defense which was very successful. The same defense was used in the state court trials in the Philadelphia Court of Common Pleas cases and proved a winning defense in the first two plaintiff bellwether losses there.

The upcoming third Philadelphia court bellwether trial was set for May 2019, and may have had an impact on the settlement timing, or Bayer may have been trying to get a major legal headache off the table in anticipation of the ever-expanding Monsanto Roundup litigation.

Judge Michael Erdos, Philadelphia County Court of Common Pleas, was the judge set to hear the upcoming May trial and also the judge who presided over the Hartmann 2018 verdict reversal, which was the first defense trial loss in litigation over the Xarelto blood thinner, and also the first trial outside the Xarelto MDL 2592. The prior losses  at trial were  heard in the  XARELTO MDL 2592 US District Court ED Louisiana litigation in front of Judge Eldon Fallon, US District Court of Louisiana.

More than five years after the Xarelto™ litigation began, and with Bayer and Janssen Pharmaceuticals prevailing in all six cases that went to trial, the companies have reached an agreement in principle to settle in the amount of 775 million U.S. dollars.

The settlement amount will be shared equally between the two companies. It is expected that Bayer’s share will be partially offset by product liability insurance.

The settlement is global and is designed to resolve all of the approximately 25,000 Xarelto™ claims in the US, based in the specific terms of the still confidential settlement agreement. The companies have reserved the right to withdraw from the settlement if certain participation rates of those who are eligible to participate are not satisfied.

Bayer continues to believe these claims are without merit and there is no admission of liability under the agreement. However, this favorable settlement allows the company to avoid the distraction and significant cost of continued litigation.

Both Bayer and Janssen have faced harsh and ever growing scrutiny related to the recent disclosures that the Rocket AF study and Einstein study data may not have been as favorable towards Xarelto’s push as a “miracle blood-thinner drug” as once viewed in the medical world.

The U.S. Food and Drug Administration approved Xarelto in 2011, to be prescribed for people with atrial fibrillation, a common heart rhythm disorder, and to treat and reduce the risk of deep vein thrombosis and pulmonary embolisms, often after implant surgeries.

Janssen and Bayer market Xarelto as a one-size-fits-all anticoagulant. Patients take one 20-milligram dose of Xarelto once a day and do not need to undergo routine monitoring. The plaintiffs contend that, because each person processes and metabolizes Xarelto at a highly-individualized rate, each patient’s reaction to the drug is decidedly variable, causing some patients to experience major bleeding events.

The plaintiffs acknowledge that the FDA approved Xarelto’s dosing and monitoring scheme. However, they claim that, given the high inter-patient variability, Xarelto is unreasonably dangerous in design because:

“Because Defendants did not take any of the above three actions, Plaintiffs claim Xarelto is unreasonably dangerous under the LPLA,” the judge said.