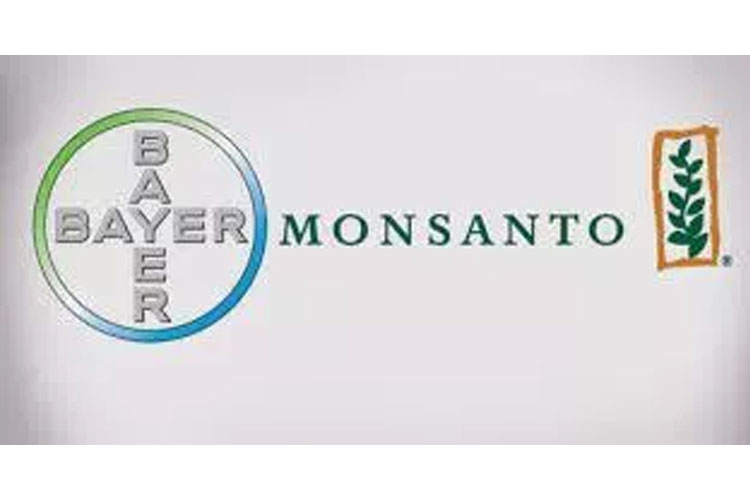 Mirena™: As of January 30, 2018, lawsuits from approximately 2,900 users of Mirena™, a levonorgestrel-releasing intrauterine system providing long-term contraception, had been served upon Bayer in the United States (excluding lawsuits no longer pending). Plaintiffs allege personal injuries resulting from the use of Mirena™, including perforation of the uterus, ectopic pregnancy or idiopathic intracranial hypertension, and seek compensatory and punitive damages. Plaintiffs claim, inter alia, that Mirena™ is defective and that Bayer knew or should have known of the risks associated with it and failed to adequately warn its users. Additional lawsuits are anticipated. In April 2017, most of the cases pending in U.S. federal courts in which plaintiffs allege idiopathic intracranial hypertension were consolidated in a multidistrict litigation (“MDL”) proceeding for common pre-trial management. As of January 30, 2018, lawsuits from approximately 400 users of Mirena™ alleging idiopathic intracranial hypertension had been served upon Bayer in the United States. Another MDL proceeding concerning perforation cases has, in the meantime, been dismissed. The Second Circuit Court of Appeals affirmed the perforation MDL district court’s summary judgment order of 2016 dismissing approximately 1,230 cases pending before that court. In August 2017, Bayer reached an agreement in principle with plaintiffs’ counsel leadership for global settlement of the perforation litigation, for a total amount of US$12.2 million. As of January 30, 2018, a total of approximately 4,000 cases would be included in the settlement. The idiopathic intracranial hypertension MDL proceeding is not included in the settlement.

As of January 30, 2018, five Canadian lawsuits relating to Mirena™ seeking class action certification had been served upon Bayer. Bayer believes it has meritorious defenses and intends to defend itself vigorously.

Xarelto™: As of January 30, 2018, U.S. lawsuits from approximately 22,000 recipients of Xarelto™, an oral anticoagulant for the treatment and prevention of blood clots, had been served upon Bayer. Plaintiffs allege personal injuries from the use of Xarelto™, including cerebral, gastrointestinal or other bleeding and death, and seek compensatory and punitive damages. They claim, amongst other things, that Xarelto™ is defective and that Bayer knew or should have known of these risks associated with the use of Xarelto™ and failed to adequately warn its users. Additional lawsuits are anticipated. Cases pending in U.S. federal courts have been consolidated in an MDL for common pre-trial management. In May, June and August 2017, the first three MDL trials resulted in complete defense verdicts; plaintiffs have appealed all three verdicts. In January 2018, after the first trial to proceed in Pennsylvania state court had initially resulted in a judgment in favor of the plaintiff, the trial judge vacated the jury’s verdict and granted judgment in favor of Bayer. Further Pennsylvania state court trials are currently scheduled for the first and second quarters of 2018. Bayer anticipates that additional trials will be scheduled.

As of January 30, 2018, ten Canadian lawsuits relating to Xarelto™ seeking class action certification had been served upon Bayer. Bayer believes it has meritorious defenses and intends to defend itself vigorously.

Essure™: As of January 30, 2018, U.S. lawsuits from approximately16,100 users of Essure™, a medical device offering permanent birth control with a nonsurgical procedure, had been served upon Bayer. Plaintiffs allege personal injuries from the use of Essure™, including hysterectomy, perforation, pain, bleeding, weight gain, nickel sensitivity, depression and unwanted pregnancy, and seek compensatory and punitive damages. Additional lawsuits are anticipated.

As of January 30, 2018, two Canadian lawsuits relating to Essure™ seeking class action certification had been served upon Bayer. Bayer believes it has meritorious defenses and intends to defend itself vigorously.

Class actions over neonicotinoids in Canada: Proposed class actions against Bayer were filed in Quebec and Ontario (Canada) concerning crop protection products containing the active substances imidacloprid and clothianidin (neonicotinoids). Plaintiffs are honey producers, who have filed a proposed nationwide class action in Ontario and a Quebec-only class action in Quebec. Plaintiffs claim for damages and punitive damages and allege Bayer and another crop protection company were negligent in the design, development, marketing and sale of neonicotinoid pesticides. The proposed Ontario class action is in a very early procedural phase. In Quebec, the plaintiff sought authorization (certification) of a class for which a motion was heard in November 2017. Bayer believes it has meritorious defenses and intends to defend itself vigorously.

In connection with the above-mentioned proceedings, Bayer is insured against statutory product liability claims against Bayer to the extent customary in the respective industries and has, based on the information currently available, taken appropriate accounting measures for anticipated defense costs. However, the accounting measures relating to Essure™ claims exceed the available insurance coverage.

Betaferon™ / Betaseron™: In 2010, Bayer filed a complaint against Biogen Idec MA Inc. in a U.S. federal court seeking a declaration by the court that a patent issued to Biogen in 2009 is invalid and not infringed by Bayer’s production and distribution of Betaseron™, Bayer’s drug product for the treatment of multiple sclerosis. Biogen is alleging patent infringement by Bayer through Bayer’s production and distribution of Betaseron™ and Extavia™ and has sued Bayer accordingly. Bayer manufactures Betaseron™ and distributes the product in the United States. Extavia™ is also a drug product for the treatment of multiple sclerosis; it is manufactured by Bayer, but distributed in the United States by Novartis Pharmaceuticals Corporation, another defendant in the lawsuit. In 2016, the U.S. federal court decided a disputed issue regarding the scope of the patent in Biogen’s favor. Bayer disagrees with the decision, which may be appealed at the conclusion of the proceedings in the U.S. federal court.

Damoctocog alfa pegol (BAY 94‑9027, long-acting recombinant factor VIII): In August 2017, Bayer filed a lawsuit in a U.S. federal court against Nektar Therapeutics (“Nektar”), Baxalta Incorporated and Baxalta U.S., Inc. (together “Baxalta”) seeking a declaration by the court that a patent by Nektar is invalid and not infringed by Bayer’s drug candidate BAY 94‑9027 for the treatment of hemophilia A. In September 2017, Baxalta and Nektar filed a complaint in a different U.S. federal court against Bayer alleging that BAY 94‑9027 infringes seven other patents by Nektar. Regarding the complaint by Bayer, Nektar and Baxalta gave Bayer a covenant not to make any claims against Bayer for infringement of that patent. Bayer amended the complaint to now seek a declaration by the court that the seven other patents by Nektar are not infringed by BAY 94‑9027. The patents are part of a patent family registered in the name of Nektar and further comprising European patent applications with the title “Polymer-factor VIII moiety conjugates” which are at issue in a lawsuit Bayer filed against Nektar in 2013 in the district court of Munich, Germany. In this proceeding, Bayer claims rights to the European patent applications based on a past collaboration between Bayer and Nektar in the field of hemophilia. However, Bayer believes that the patent family does not include any valid patent claim relevant for Bayer’s drug candidate BAY 94‑9027 for the treatment of hemophilia A.

Stivarga™: In 2016, Bayer filed patent infringement lawsuits in a U.S. federal court against Apotex, Inc. and Apotex Corp. (together “Apotex”) and against Teva. Bayer had received notices of an ANDA IV application pursuant to which Apotex and Teva each seek approval of a generic version of Bayer’s cancer drug Stivarga™ in the United States.

Bayer believes it has meritorious defenses in the above ongoing patent disputes and intends to defend itself vigorously.

Trasylol™ / Avelox™: A qui tam complaint relating to marketing practices for Trasylol™ (aprotinin) and Avelox™ (moxifloxacin) filed by a former Bayer employee is pending in the United States District Court in New Jersey. The U.S. government has declined to intervene at the present time.

Newark Bay Environmental Matters: In the United States, Bayer is one of numerous parties involved in a series of claims brought by federal and state environmental protection agencies. The claims arise from operations by entities which historically were conducted near Newark Bay or surrounding bodies of water, or which allegedly discharged hazardous waste into these waterways or onto nearby land. Bayer and the other potentially responsible parties are being asked to remediate and contribute to the payment of past and future remediation or restoration costs and damages. In 2016, Bayer learned that two major potentially responsible parties had filed for protection under Chapter 11 of the U.S. Bankruptcy Code. While Bayer remains unable to determine the extent of its liability for these matters, this development is likely to adversely affect the share of costs potentially allocated to Bayer.

In the Lower Passaic River matter, a group of more than sixty companies including Bayer is investigating contaminated sediments in the riverbed under the supervision of the United States Environmental Protection Agency (EPA) and other governmental authorities. Future remediation will involve some form of dredging, the nature and scope of which are not yet defined, and potentially other tasks. The cost of the investigation and the remediation work may be substantial if the final remedy involves extensive dredging and disposal of impacted sediments. In the Newark Bay matter, an unaffiliated party is currently conducting an investigation of sediments in Newark Bay under EPA supervision. The investigation is in a preliminary stage. Bayer has contributed to certain investigation costs in the past and may incur costs for future investigation and remediation activities in Newark Bay.

Bayer has also been notified by governmental authorities acting as natural resource trustees that it may have liability for natural resource damages arising from the contamination of the Lower Passaic River, Newark Bay and surrounding water bodies. Bayer is currently unable to determine the extent of its liability.

Asbestos: A further risk may arise from asbestos litigation in the United States. In many cases, the plaintiffs allege that Bayer and co-defendants employed third parties on their sites in past decades without providing them with sufficient warnings or protection against the known dangers of asbestos. Additionally, a Bayer affiliate in the United States is the legal successor to companies that sold asbestos products until 1976. Union Carbide has agreed to indemnify Bayer for this liability. Bayer believes it has meritorious defenses and intends to defend itself vigorously.

There is no official reference to Monsanto Roundup MDL 2741, even though an August 2018 verdict award for the plaintiff in California State Court was for more than $280 million, and showed that non-hodgkins lymphoma was caused by use of Monsanto Roundup herbicide containing Glyphosate. f

Certain statements contained in this communication may constitute “forward-looking statements.” Actual results could differ materially from those projected or forecast in the forward-looking statements. The factors that could cause actual results to differ materially include the following: the risk that the parties may be unable to achieve expected synergies and operating efficiencies in the merger within the expected timeframes (or at all) and to successfully integrate the operations of Monsanto Company (“Monsanto”) into those of Bayer Aktiengesellschaft (“Bayer”); such integration may be more difficult, time-consuming or costly than expected; revenues following the transaction may be lower than expected; operating costs, customer loss and business disruption (including difficulties in maintaining relationships with employees, customers, clients or suppliers) may be greater or more significant than expected following the transaction; the retention of certain key employees at Monsanto; the parties’ ability to meet expectations regarding the accounting and tax treatments of the merger; the impact of refinancing the loans taken out for the transaction; the impact of indebtedness incurred by Bayer in connection with the transaction and the potential impact on Bayer’s rating of indebtedness; the effects of the business combination of Bayer and Monsanto, including the combined company’s future financial condition, operating results, strategy and plans; other factors detailed in Monsanto’s Annual Report on Form 10-K filed with the U.S. Securities and Exchange Commission (the “SEC”) for the fiscal year ended August 31, 2017, and Monsanto’s other filings with the SEC, which are available at http://www.sec.gov and on Monsanto’s website at www.monsanto.com; and other factors discussed in Bayer’s public reports which are available on the Bayer website at www.bayer.com. Bayer assumes no obligation to update the information in this communication, except as otherwise required by law. Readers are cautioned not to place undue reliance on these forward-looking statements that speak only as of the date hereof.