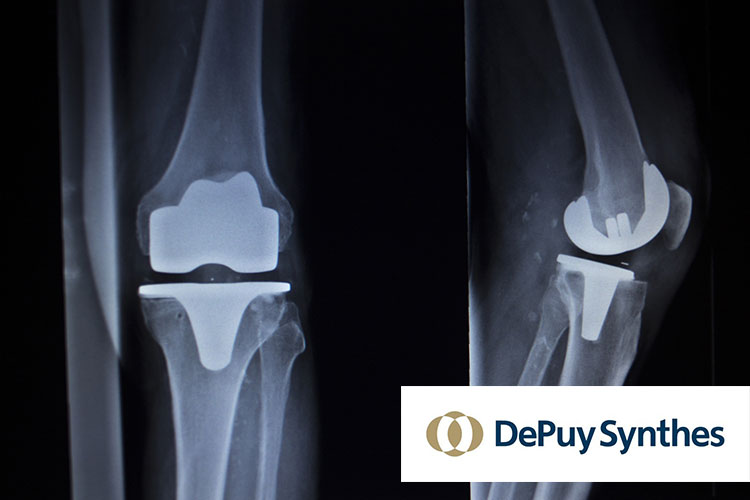 Since news broke last year that medical device maker DePuy Orthopedics may have instituted a secret DePuy Attune knee recall, the company has been trying to combat a series of negative reports and hundreds of consumer lawsuits by those needing revision surgery.

Last month, DePuy even released a new study trying to demonstrate the success of their implant system, claiming it resulted in improved patient outcomes in a majority of those who had undergone knee arthroscopy.

The problem, however, is this study reveals that a full 1 in 5 patients who received the DePuy Attune knee experienced a negative result or no improvement at all. This is worse than the national average for knee replacements.

Now, lawyers are urging anyone who requires knee revision surgery due to a loosened DePuy knee implant to learn about their legal rights to seek compensation before it is too late.

In a press release from early May, DePuy announced findings from a small-scale study originally published at the World Arthroplasty Congress in Rome, Italy.

Researchers followed 200 patients in Europe who had received Attune primary knee implants, and found that 80% had experienced improvement over their pre-operative condition after six months. They also claimed shorter hospital stays for Attune knee recipients.

Unfortunately, this data doesn’t discuss findings of previous studies, like those published in the 2013 Journal of Bone & Joint Surgery that, on average, more than 85% of knee implant patients experience positive results.

By this data, patients with the DePuy Attune knee could have a 5% or greater chance of no improvement within 6 months. And, FDA records show similar implant models, like the Zimmer Persona, have only reported a fraction of the number of device failures.

The DePuy Attune knee implant system was marketed as a revolutionary design and has been used in more than 500,000 patients since its introduction in 2012.

Last summer, however, multiple reports surfaced that question the durability of the implant system, namely the risk of the lower portion becoming detached from the tibia bone.

A study by several prominent surgeons published on June 7, 2017 in the Journal of Knee Surgery first highlighted a concerning rate of failures among DePuy Attune knee implants. Doctors noted more and more patients were experiencing detachment of their implants from lower leg bones.

The problem, they explained, was the glue and adhesion surface of the Attune knee. In many cases, the implant never attached to the patients bones, or became loose after surgery.

The FDA medical device database told a similar story. According to the agency’s MAUDE tracking system, nearly 1,500 patients have reported DePuy Attune knee failure, with many needing revision surgery to correct the defect. And, experts believe the actual rate of implant failure is much higher than what’s been reported to the FDA.

Did DePuy Conceal a Recall of the Attune Knee?

Amid growing FDA reports of device failure, they responded to the agency in late 2016:

“The analysis and investigations eventually led to a new product development project, which will enhance fixation and make the product more robust to surgical technique per co (b)(4).”

That year, DePuy also asked the FDA to approve an improved Attune knee implant, called the Attune S+. They described the new Attune knee as having a rougher tibial plate to aid in bonding with bone cement, and said the new concept would reduce “factors which can result in a reduction in cement to implant bond.”

DePuy launched the new Attune S+ in 2017, replacing the original Attune model that had caused so many failures. However, in doing so, they didn’t notify doctors or the public of the risks of the original implant.

Last year, lawyers filed the first lawsuits against DePuy Orthopedics and parent company Johnson & Johnson on behalf of patients who had to undergo early knee revision surgery as a result of their Attune implants failing or coming unglued.

What has followed are hundreds of cases filed around the country by patients who’ve suffered instability, pain, infection, bone loss and painful surgery due to loosening of these systems.

Lawyers believe the cases will ultimately be combined into a federal multidistrict (MDL) court to expedite the trial process and pave the way for settlement negotiations. And, the Statute of Limitations means each patient only has a set amount of time to file a claim before their rights expire.

For now, lawyers are still helping those who suffered device failure or revision surgery file claims at no cost. If you’ve suffered complications with your DePuy knee implant, it is important to speak with your doctor about the possibility of device failure and have your case investigated to see if you qualify.

Contact Healthcare Advocacy Group today for more information or to speak directly with a lawyer.