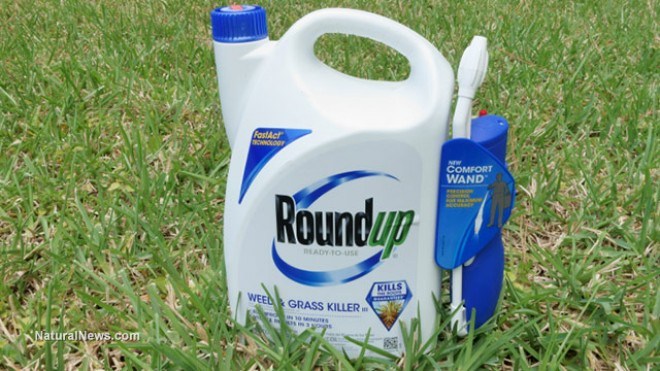 (MASS TORT NEXUS MEDIA) A verdict in favor of plaintiff DeWayne Johnson was reached earlier today in the first trial versus Monsanto and claims that the weed-killer Roundup causes cancer.

(MASS TORT NEXUS MEDIA) Glyphosate is the most widely used agricultural based chemical product in history, starting when Monsanto introduced it in 1974, and worldwide use exploded after 1996 when Monsanto began selling “Roundup-ready” seeds- engineered to resist the herbicide, with now possibly catastrophic consequences in the United States.

More than 2.6 billion pounds of the chemical has been spread on U.S. farmlands and yards between 1992 and 2012, according to the U.S. Geological Survey. Roundup traces have been detected in over 50% of the food products being consumed in the US marketplace in numerous independent studies.

Monsanto earns $1.9 billion a year from Roundup and $10.2 billion from “seeds and genomics,” most of that category being Roundup-ready seeds.

In June, German pharmaceutical giant Bayer completed its $63 billion acquisition of Monsanto after approval by U.S. and European regulators, even though the Monsanto name may disappear, the link between cancer and glyphosate will remain long after the merger. Will Bayer decide to settle or take the thousands of lawsuits to trial that are pending in federal and state courts across the country? Although U.S. and European regulators have concluded Roundup’s active ingredient glyphosate is safe, the World Health Organization’s International Agency for Research on Cancer classified it in 2015 as a probable human carcinogen, triggering over 5,000 lawsuits against Monsanto in the United States.

Plaintiff DeWayne Johnson’s skin-based non-Hodgkin lymphoma, was caused by his use of Monsanto’s “Roundup Weed Killer” and Monsanto has gone to great lengths to suppress any links between Roundup and cancer.

The current state court trial in California has shown the extraordinary lengths that Monsanto has gone to in order to suppress and manipulate hard core science and research results around the world that showed clear links between Glyphosate and Cancer, specifically non-hodgkins lymphoma.

To show the high level of interest in the Monsanto “Roundup” abuses, last week musician Neil young and actress Darryl Hannah were in the DeWayne Johnson courtroom, which reflects Young’s ongoing campaign against the many abuses of Monsanto placed upon the US farmers and others around the world. He even released a 2015 album titled “The Monsanto Years” along with a documentary “Seeding Fear” of which Young co-produced related to Monsanto legal action against Alabama farmer Michael White, over its GMO patented seeds. Link to “Seeding Fear can be found here.

In addition to the Johnson state court case, there is the Monsanto Roundup Multidistrict Litigation No. 2741 in the US District Court of California, Northern District where the same cancer links are claimed. Documents released in the Johnson trial and in the MDL ( see Roundup (Monsanto) MDL 2741 USDC ND California) have raised many new questions about the company’s efforts to influence the public opinion by collusion and steering of data published by the media, authors and scientific research publications, and revealed internal debate over the safety of the Monsanto’s weed killer Roundup.

The active ingredient is glyphosate, the most common weed killer in the world and is used around the world on farm crops and by home gardeners, with the largest market being the USA. While Roundup’s relative safety has been upheld by most regulators, the thelitigation against Monsanto and Roundup, pending in US District Court in San Francisco continues to raise questions about the company’s practices and the product itself. Thousands of plaintiffs from across the USA have filed suit against Monsanto-Roundup and as details of Monsanto’s attempt to suppress and influence the release of damaging scientific data are released the number of cases will only increase. There has been documented evidence introduced that shows Monsanto influenced high level US Environmental Protection Agency (EPA) executives to suppress data and the release of reports that showed Roundup (glyphosate) was dangerous and suspected of causing cancer. Jess Rowland, EPA Regulatory Affairs Manager, stopped the release of a government study that was key in the investigation into the carcinogenic effects of Roundup’s primary ingredient glyphosate by the Agency for Toxic Substances and Disease Registry, see EPA’s Jess Rowland Stops Release of Report on Glyphosate as Cancer Agent. Rowland left the EPA in early 2017 and went on to become a highly paid consultant for Monsanto.

There are numerous documents and media articles that underscore the lengths to which the agrochemical company has taken to protect its image, and the dangers of Roundup.  Documents show that Henry I. Miller, an academic and a vocal proponent of genetically modified crops, asked Monsanto to draft an article for him that largely mirrored one that appeared under his name on Forbes’s website in 2015. Mr. Miller could not be reached for comment.

A similar issue appeared in academic research. An academic involved in writing research funded by Monsanto, John Acquavella, a former Monsanto employee, appeared to express concern with the process see Monsanto internal e-mail expressing concern over Roundup , in the 2015 email to a Monsanto executive, “I can’t be part of deceptive authorship on a presentation or publication.” He also said of the way the company was trying to present the authorship: “We call that ghost writing and it is unethical.”

A Monsanto official said the comments were the result of “a complete misunderstanding” that had been “worked out,” while Mr. Acquavella stated via mail that “there was no ghostwriting” and that his comments had been related to an early draft and a question over authorship that was resolved. Even though there are other documents that refute this version of Monsanto’s “official” statement.

Monsanto has been shown to have actively ghostwritten, drafted and offered direction on formal EPA studies, press releases and other “official” documents, introduced in the pending Roundup federal litigation.

The documents also show internal discussions about Roundup’s safety. “If somebody came to me and said they wanted to test Roundup I know how I would react — with serious concern,” one Monsanto scientist wrote in an internal email in 2001.

Monsanto said it was outraged by the documents’ release by a law firm involved in the litigation, although the documents are now public court records, which Monsanto attempted to suppress being introduced into the litigation again and again since the start of the Roundup lawsuits.

Brent Wisner, a partner at Baum, Hedlund, Aristei & Goldman, the firm that released the documents, said Monsanto had erred by not filing a required motion seeking continued protection of the documents. Monsanto said no such filing was necessary.

“Now the world gets to see these documents that would otherwise remain secret”, per Mr. Wisner.

To reflect “official corporate collusion and influence”  see Mr. Miller’s 2015 article on Forbes’s website which was an attack on the findings of the International Agency for Research on Cancer, a branch of the World Health Organization that had labeled glyphosate a probable carcinogen, a finding disputed by other regulatory bodies. In the email traffic, Monsanto asked Mr. Miller if he would be interested in writing an article on the topic, and he said, “I would be if I could start from a high-quality draft.”

The article was authored by Mr. Miller and with the assertion that “opinions expressed by Forbes Contributors are their own.” The magazine did not mention any involvement by Monsanto in preparing the article, as most co-authored articles provide.

“That was a collaborative effort, a function of the outrage we were hearing from many people on the attacks on glyphosate,” Mr. Partridge of Monsanto said. “This is not a scientific, peer-reviewed journal. It’s an op-ed we collaborated with him on.”

After disclosure of the stories origin, Forbes removed the story from its website and said that it ended its relationship with Mr. Miller amid the revelations.

“All contributors to Forbes sign an agreement requiring them to disclose any potential conflicts of interest and only publish content that is their own original writing,” stated a Forbes representative. “When it came to our attention that Mr. Miller violated these terms, we removed his blog from Forbes.com and ended our relationship with him.”

Mr. Miller’s work has also appeared in the opinion pages of The New York Times, which reflects the long reach of Monsanto’s attempts to influence public opinion.

James Dao, the Op-Ed editor of The Times, said in a statement, “Op-Ed contributors to The Times must sign a contract requiring them to avoid any conflict of interest, and to disclose any financial interest in the subject matter of their piece.” Miller and Monsanto did not comment on the apparent violation of this Times policy.

The documents also show that the ongoing debate outside Monsanto about glyphosate safety and Roundup, was also taking place within the company.

In a 2002 email, a Monsanto executive said, “What I’ve been hearing from you is that this continues to be the case with these studies — Glyphosate is O.K. but the formulated product (and thus the surfactant) does the damage.”

As to the internal Monsanto views of a causation relationship between cancer and Roundup, where a different Monsanto executive tells others via e-mail see 2003 Monsanto email, “You cannot say that Roundup is not a carcinogen … we have not done the necessary testing on the formulation to make that statement.”

She adds, however, that “we can make that statement about glyphosate and can infer that there is no reason to believe that Roundup would cause cancer.”

The documents also show that A. Wallace Hayes, the former editor of a journal, Food and Chemical Toxicology, has had a contractual relationship with Monsanto. In a further example of Monsanto collusion and influence in 2013, while he was still editor, Mr. Hayes retracted a key study damaging to Monsanto that found that Roundup, and genetically modified corn, could cause cancer and early death in rats.

Mr. Hayes made a statement that he wasn’t under contract with Monsanto at the time of the retraction,  however he was compensated by Monsanto for the article after he left the journal. This seems to be a very indirect method of exerting influence on the public opinion via a direct method of paying for favorable treatment and influence by Monsanto.

“Monsanto played no role whatsoever in the decision that was made to retract,” he said. “It was based on input that I got from some very well-respected people, and also my own evaluation.” If this statement is accurate, why would Monsanto pay Mr. Hayes for an article determined to be inaccurate or misleading other than the retraction was of some benefit to Monsanto.

Monsanto has been proven time and time again to be directly responsible for corporate sponsored  collusion, influence peddling in both the public and private sectors and manipulation of data released to the public regarding the now known carcinogenic links of exposure to Monsanto’s primary product, Roundup and the main ingredient glyphosate.

With the Bayer stock in turmoil, more Roundup trials pending in the state and federal courts, add in the Xarelto and other mass tort dockets-the result is the Bayer executive suite is very busy these days. Will the time be right for Bayer to start serious settlement talks in the various MDL’s and state court consolidations they are facing across the country? That is the question on everyones mind in the mass tort universe.